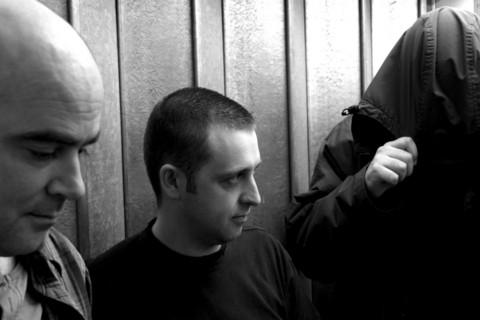 The Black Dog don't really need an introduction. Highly regarded as one of the most influential figures in the British electronica scene, they are synonymous with the rise of electronic music in the UK. Their rhythmic inventiveness coupled with their deep and innovative approach to music in general made them pioneers of UK techno, heralding a new breed of music entirely.

Their classic 'Parallel', 'Bytes' and 'Spanners' albums literally created new fields of music. Taking Detroit techno, warping it, and smudging the boundaries gave UK techno a music of it's own and as a result the band only grew as the scene developed.

Beyond these works The Black Dog love to experiment with their sound. Working with writer, performer and spoken word maestro The Black Sifichi on the 2002 Genetically Modified showed another side to their work. Alongside their numerous remixes which extend from Bjork to reworking the soundtrack of the classic Steve McQueen film ‘Bullitt’ The Black Dog clearly have vast diversity to their sound. Constantly evolving the act are about to launch their new album ‘Radio Scarecrow’, due in April 2008. For more info check out the act's minisite at: http://www.radioscarecrow.com