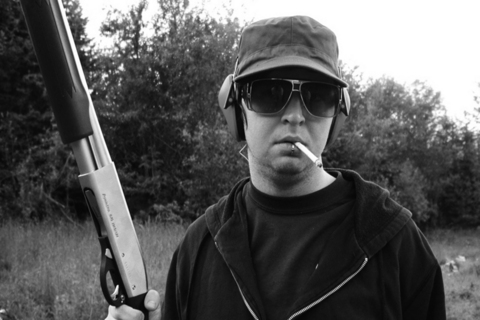 Stephen Schieberl has produced electronic music for over a decade, taking the mantra “Let’s Go Outside” as his moniker. Residing in Portland, Oregon where he first released on small local experimental label, Buried In Time, he soon moved onto Bradford-based Midnight Recordings before being picked up by Soma shortly afterwards.

His discography includes everything from nearly silent ambient to the most destructive of techno, and all which lies between. Let’s Go Outside’s performances borrow from this immense palette to create a form of techno that defies genre. His weird and filthy techno hits you like a rusty chainsaw in the face... in a good way.

Sunday Morning In The Church of Bass

Conversations With My Invisible Friends